Master's Programmes at NTNU and Wenzao: Teaching Chinese as a Second Language 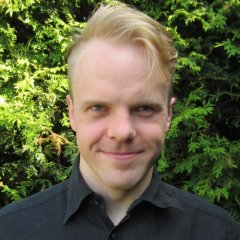