By imron, April 9, 2014 in Resources for Studying Chinese

Then you'll get an html file split in to paragraphs and words, with the color changing red when you hover over a word.  Or you could just have them all empty, except have a single space for 'word post' and then you'd get a segmented file with words separated by spaces and so on.

Unfortunately I can't know where your eyes are looking, and I don't want the reading process to require the user to keep going next, next, next, next with arrow keys or something.  What I will probably do is make double click toggle the known/unknown status.

"I'm not sure if Imron had in mind designing the Chinese Text Analyzer as just a tool to aid in picking which books/texts to read , or as a stand alone reader, or both"

The hint is in the name: Chinese Text Analyser, not Chinese Text Reader.  I also have plans for a separate reader program, but Chinese Text Analyser can work as a basic reader.  Actually the plan has always been to develop the reader, but the reader required a segmenting engine and so I wrote that first, and thought it was useful enough to release as a standalone program in the interim.

"I have to admit that I miss having a pop up dictionary feature.

Popup definitions will be in the next release (0.99.3), with looked up words automatically being marked as unknown.

It might be an indication that you need to look at easier texts.  One of the design goals of CTA was to make shortcomings in your ability obvious, rather than letting you gloss over them.  The logic being that by making such things obvious, you can know what you need to focus on to improve.

So if there is a point of pain, then it is a possible indication of something in your learning that you need to address.  CTA will not coddle you and is meant to give you an accurate view of your real ability.

Added to my list of things to do.  Note however that currently the program will save your last choices, so once you set the list as 'Unknown' it will remember this the next time you export.

"I'm not really sure what the difference between Word and Simplified

"I'm not sure what dictionary is used,"

Currently CEDICT, but with the possibility of supporting other dictionaries later.

"some of the fields exported with the previous sentence's period preceding it."

This is a bug, it should not be doing this and should stop on full-stops and/or newlines.  Can you please provide me a complete paragraph of text with the problem (or send me the source text via email), and I'll look in to it.

"You can see that the Cloze sentence got put on the second row."

Likewise a bug that I will look at if you send through example source text.

Thanks again for such detailed feedback. I'll try to address many of those issues in the next release. 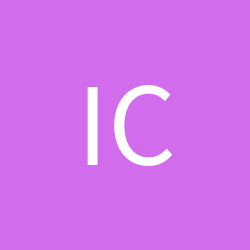 Imron - I'm occasionally using as a reader at work and finding it very helpful. One feature that I'd like to see (which perhaps I'm missing somehow) is to double click to change the status of the word. Currently it seems only a right click to menu can be used to change a word from unknown to known (or vice versa). Out of habit I find myself frequently double clicking - any chance of adding this in the future? [Edit: just noticed this as coming from your comments above - great!]

Also, I'll write a review myself in the near future.

Wow, great job! Works so quickly! So much attention is given to different use cases (browsing through the selected words is one of them). I'm so happy that developers prioritize performance, it is so crucial. It works great on Wine.

Yes, I agree with someone's comment about the good tools coming so late

Question:  How are the word combinations analyzed? Is it based on the CC-CEDICT? If it does, is it on your roadmap to allow users to choose how to analyze the combinations? Just a thought for now. I'll probably use it for classical Chinese, therefore an additional combination list will be needed I assume.

My two cents will be, together with other comments on this thread:

1) I understand your argument about "bad practices" in looking up every word. However adding pinyin,and a translation (or a link to ZDIC or another online dictionary) as an optional column can do the work and make it more powerful.

2) Giving the possibility to 1) create new doc in the software and 2)  to save it 3) or edit existing document would be a great addition. Now the clipboard is a bit limiting - I usually scrape texts from the internet and would like to throw it in directly into CTA.