How to pronounce the word "actually"? 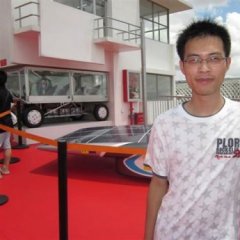 By hebiancao,
August 12, 2014 in Other cultures and language