a compilation of Chinese handwriting examples 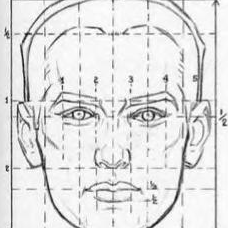