What motivates you to keep going? 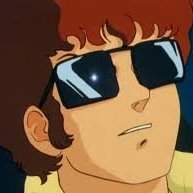 By PerpetualChange,
February 17, 2022 at 02:58 PM in General Study Advice and Discussion